A Crazy End to Ski Season 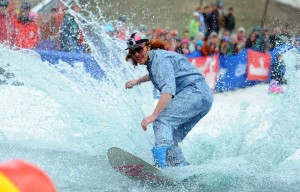 See the ski season out in style with the Steamboat Ski Area’s not to be missed grand finale of wild and wacky events. April 1 marks the official countdown to the mountain closing for another year. Come and join locals for Springalicious, when the attire of the day are tutus and capes, the music at the base area is pumping, the sun is shinning and the snow is forgiving.

April 4 – The Motet: Denver based the Motet blends American funk, afrobeat and jazz. Known for their high energy performances, the band has released seven studio albums.

April 12 (Closing Day) –Steel Pulse: Spreading a message of love and justice to all people, this British reggae band plays their grammy award-winning music all over the world. Prepare the end ski season with style.

Cardboard Classic A legendary happening year after year, watch teams race down the hill in their individually designed cardboard contraptions. Using only cardboard, glue, string, duct or masking tape; past creations have included everything from Viking ships to race cars. Saturday, April 11

Splashdown Pond Skimming Competition Dress to impress as you attempt to cross a freezing pond at ski area base. Judging for this annual contest is based on outfit choice, distance skimmed and audible crowd appreciation. Sunday, April 12

Closing Day Anything goes on the last day of the season. Tutus and t-shirts surpass ski suits as the chosen attire of the day. Make the most of your favorite runs before hanging up the ski boots, and rocking out at the final free concert. Sunday, April 12. 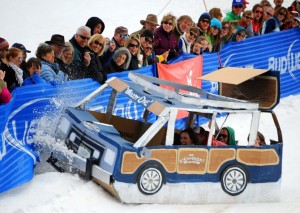