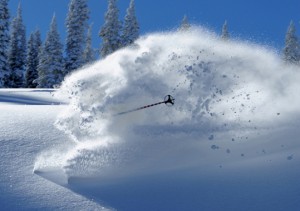 Steamboat reached a huge snow milestone this past winter, recording a four-wire winter.  Yampa Valley ranchers have traditionally measured the snow by how high it stacks up against their four fence wires.

It may be the middle of summer and we are all enjoying the great outdoors in shorts and T’s,  but now is the time to think about booking your next ski season’s ski trip.   Book Early and receive 25% off lodging and 25% off lift tickets. (restrictions apply).   Kids 12 & under ski free with a paying 5 day adult pass.  One child per one adult.