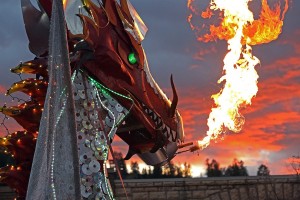 Last night in downtown Steamboat Springs there was a slew of mysterious behavior. The mad hatter danced down Lincoln Avenue followed by a family of sea gods. A crowd of Vikings strolled the sidewalks passing a monkey with a banana before stopping to greet the three pink ladies. A dragon towered over a crowd of people breathing fire as members of the emergency services looked on, while tossing candy to passing children.

It was Halloween, the most cherished community event of the year. Last night did not disappoint. For two hours Lincoln Avenue was closed to all traffic, except those on foot. Storeowners generously dished out volumes of candy, slices of pizza, pots of ice cream and toothbrushes – yes toothbrushes! There was a scream contest, live musicians and fire jugglers. Families, kids, couples, singles, empty nesters and canine friends strolled the street together absorbing the quintessential Steamboat vibe.

The snow held off despite the chill in the air – much to the amazement of long time locals, who expect the first big dump of year on that very night. The snow never came, but all the usual tradition remained with most adults feeling thankful they are not waking up to teach school in the morning. Thank you Steamboat for another spooktacularly fun night. 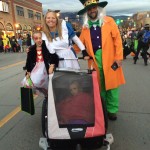 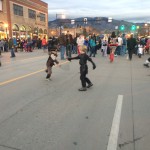 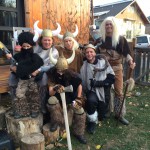 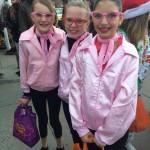 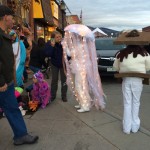 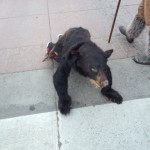 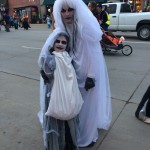 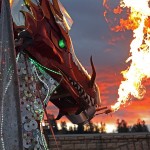 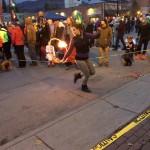